Report by Esther (what?!)

Two mixed teams with Austrian and Hungarian players - the Touch monarchs and the Inglorious Bastards - had a great and successful day at the Berlin Tournament. It was the biggest German tournament so far, with 16 teams from all over Europe, 17 full time referees and three pitches which were played on all day. The weather was as sunny as the spirits, both on the field and at the afterparty....


The Austrian Hungarian Touch Monarchs who were joined by Frank Hupasch, Isabel "the Iz" Antes, Tini Gaugl, Georg Michlits, Rory Firmin, Hans Höllwerth and 6 Hungarian players came 8th out of 16, surprising everyone, inclunding themselves. Special applause goes to Rory who was voted player of the day by the Iz on the way home from the airport in my car, for his effort and skills on the field.

Phil Radelberger, Evelyn "Kalchi" Kalcher and Andi Kaltenbäck were refereeing full time. Their performance was coached and supported by leading European referees Matthew Reid and Derek Fisher. It was reported by reliable and highly objective sources, that the Austrian referees did very well, and that they enjoyed the tournamnet a lot.

One downside was however that some injuries happened on this first big tournament of the year. Evelyn got knocked over by a player diving for a touchdown hurting her knee and Dan "the limping man" Travers injured his knee and was threatened by the medical staff that they might need to cut of his leg one day, if he woudn't refrain from playing the last game.

All in all it was a great tournament, a lovely day and a super accomplishment for Austrian Touch players and referees. 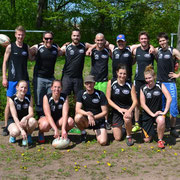 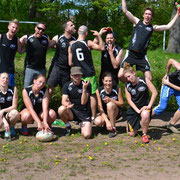 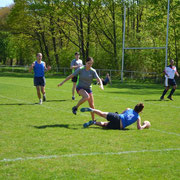 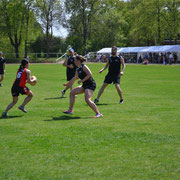 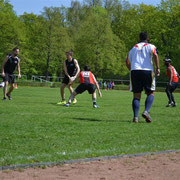 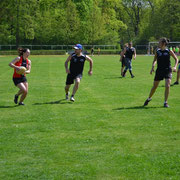